In May of the year 1814, the municipal treasurer took note of a statement that Jacobus Walravens had lit the fire under his brew kettles four times. These brew kettles had a content of 15 hectoliters. The small brewery called “De Mol” was housed in a thatched stone building. The brewery had two brew kettles, two vats and a cooling vessel. It produced three or four batches of small beer a year. Small beer is beer that contains very little alcohol and that was historically produced for everyday consumption. The four 1500 litre batches that were brewed a year were intended to cover the needs of the relay.

A relay was a station where stagecoach horses were changed. This could be a farm, tavern or brewery where a lot of people passed by. Visitors could have a meal or a drink while a fresh team of horses was harnessed. In other words, a relay was a multipurpose infrastructure. There probably was a farmhand present who could replace or fasten a loose horseshoe.

This small farm belonged to Peeter Verheylewegen (1747). His son Hendrick, also a farmer, ran a small distillery for a while. In 1781, he started a brewery on his parents’ farm. He brews beer during more than a quarter of the year. According to the Dilbeek parish registers, Peeter Verheylewegen was born on 25 May 1690. The brewery was leased to Jacobus Walravens in 1814. Jacobus was succeeded by his son Charles and then by Jean and Paul Joseph, who managed the brewery until well into the 19th century. The municipal registers of 1816 state that he was an innkeeper.

Production had increased to 700 hl by 1834. A total of 750 kg of hops, 142 kg of wheat and 284 kg of barley malt were used in the brewing process. Judging by the ratio of wheat to barley malt, we can conclude that the brewery produced Lambic at that time.

A deed drawn up by notary public Jean Baptiste Van den Eeckhoudt in St Kwintens Lennik on 9 June 1832 states that the farm called “Het Molleke”, located within the municipality of Itterbeek, with associated brewing equipment, belonged to the widow Anna Catherina Verheylewegen.

The brewery/farm was inherited by Guilelmus De Doncker and Maria Theresia Lindemans and subsequently by Anna-Catherina De Doncker and Eugenius Gustavius Van de Putte. According to a deed dated 11 September 1897, the next owners were Paulus Josephus Walravens and Albertina De Smedt.

After their death, the brewery was passed on to their son-in-law Gerardus Franciscus Timmermans according to a deed drawn up by notary public Charles Marie Joseph Claes from Brussels on 18 September 1911. Gerardus Franciscus Timmermans already owned a brewery in St Pieters Leeuw. It is remarkable that this brief description contains several names of breweries that still exist today.

Lambic, Faro and Meerts from the Walravens brewery were mentioned in 1866 in the official record of a public auction held in Brussels. Large quantities of this beer were stored in the cellars of innkeeper Michel Van Begin who died in December 1866. It was clear that the Walravens brewery was actively expanding its market beyond Itterbeek.

In 1863 “La Gazette de Bruxelles” mentioned Lambic, Faro and Meerts beer as a “bière de ménage” (household beer), indicating that it was a low-alcohol beer. It was supplied in 25 litre barrels.

Commercial documents dating from the 16th and 17th century indicate that the Near East was an important market for Belgian artisanal beers. The commercial attaché from Constantinople ordered 200 bottles of Gueuze-Lambic from a Brussels brewery. They were shipped to Sultan Abdul Medjid in Constantinople.

The name Lambic is thought to be an abbreviation of “allambique” (alembic). Today’s brew kettles still have the same peculiar shape of the alembic used in France for distilling Calvados. The alembic is an apparatus that was invented in the Middle East and arrived in Belgium from North Africa by way of Spain and France. Lambic beer was originally brewed in open vessels and stirred manually by means of wooden mash paddles.

The Belgian Brewers federation continues the tradition of the “Knighthood of the Brewers’ Paddle”. The beer wort used to be boiled in relatively small boiling vessels. Larger copper boiling vessels were used after the introduction of the alembic. Brewers used wheat and barley to produce beer and many of them also distilled jenever or genièvre. The distillation of jenever was governed by the Belgian public intoxication law in the early 20th century.

A major change took place when Paul Walravens’ youngest daughter, Celina, married a brewer’s son from Zuun called Frans Timmermans in 1911. The farm and orchard were discontinued and the couple put all their energy into the brewery. This meant that they had to buy their sour cherries from that point forward. They had previously used the produce of their own orchards to brew fruit beers. As far as I know, there is a small brewery which continues to make Kriek beer with their own produce. However, if the cherry harvest is poor, they can produce no or very little Kriek beer.

The relay was closed down in 1920. Afterwards it was demolished, and the current house was constructed on the site. Frans Timmermans became mayor of Itterbeek and held this position for many years. After his death, his son-in-law Paul Van Cutsem changed the name of “De Mol Brewery” into “Timmermans Brewery”.

Timmermans Brewery has been part of the John Martin group since 1993. Today, Timmermans beers, winners of prestigious prizes, are found all over the world and form a crucial part of the Martin’s Finest Beer Selection. 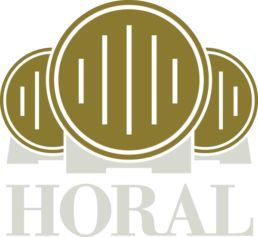